A Van Nuys DUI attorney can stand by your side and defend your rights, freedom, and future if you are facing life-altering DUI charges.

Most people responsibly follow the rules of the road and use a designated driver or take an Uber or taxi if they have had too much to drink. Some people, though, are less diligent. Whether they incorrectly calculated how much they had imbibed or had a couple of drinks while taking their allergy medicine, the results could be the same. When a driver is stopped while driving under the influence, they may face penalties under the law.

The law looks harshly at DUI offenders, and they typically receive stiff penalties in the criminal justice system. This is especially true if they are considered repeat offenders with numerous DUI tickets. If you have been arrested for driving while intoxicated, consider contacting a reputable Van Nuys DUI attorney to help your case. You can call the Law Office of Christopher Chaney to schedule a free consultation.

What Is a DUI?

A California DUI is a serious offense. It’s not just about drinking and driving; it’s also about the potential consequences of the crime. In California, a DUI is any type of alcohol-related vehicle code violation that occurs in a vehicle, on a public street or highway, or in another public place.

There are three different types of California DUI cases. They are:

If you are charged with a DUI or a DUI with accident in California, immediately contact a reputable criminal defense law firm or attorney with experience in criminal offenses involving a motor vehicle. 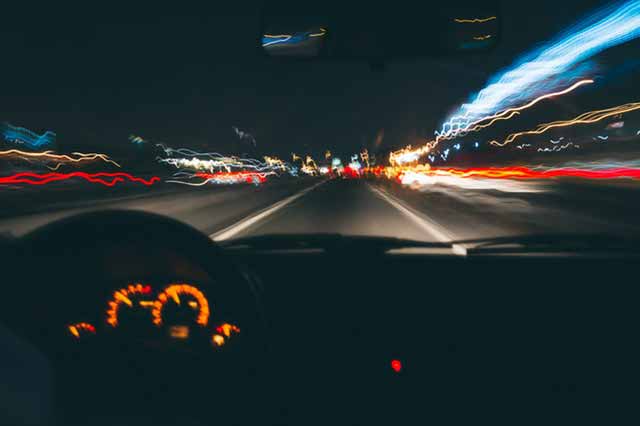 DUI cases in Van Nuys proceed at a fast pace. However, it’s important to remember that in addition to criminal charges and potential criminal conviction, the accused driver may also face administrative consequences such as a license suspension. The suspension takes effect regardless of the outcome of your criminal case. You can even be found not guilty of drunk driving in Van Nuys court and have your license suspended.

Here’s what the process of a DUI case in Van Nuys looks like:

DUI arrests are typically the first step in a DUI process. Usually, the authorities pull a driver over because of an accident or a traffic offense. If they suspect the driver is under the influence of drugs or alcohol, they will ask the driver to perform a field sobriety or breath test. If the driver fails, the California Highway Patrol or the county sheriff will arrest them. The arresting officer will then take them to a police station, a hospital, or jail to determine their BAC.

License suspension for 30 days shortly after your arrest. The arresting officer will send the confiscated driver’s license to the California Department of Motor Vehicles (DMV). At this stage, if you schedule a DMV hearing within ten days of your arrest, you will have a chance to prevent your license suspension. But, if the driver loses at this hearing, the suspension will occur.

Before the actual trial at Van Nuys courthouse, three major court proceedings have to occur: an arraignment, pretrial proceedings, and the actual trial. After the arraignment, a prosecutor may offer a plea bargain to the defendant. Beware of those offers, as they usually aren’t in favor of the defendant. This is where you need a DUI lawyer the most. If done well, the case might be closed at this stage, and charges will be dropped.

The trial of your case will start in court, where your DUI attorney will take care of things according to the defense strategy based on the loopholes in the prosecutor’s evidence. Only a few DUI cases get to trial since many of them get settled before then with the help of an experienced DUI defense lawyer. That way, defendants may face less harsh DUI penalties.

Remember that you only have ten days to request an administrative hearing with the California DMV to contest your automatic license suspension. That is why acting quickly and reaching out to a professional DUI attorney with extensive experience crafting a successful DUI defense is crucial.

Our Van Nuys DUI attorneys are prepared to fight for your driving privileges and try to get your criminal charges reduced or dropped. We are also ready to take your case to Van Nuys court if necessary.

California DUI Laws: What Is the Legal BAC Limit?

In Van Nuys and the State of California, you can get arrested and charged for driving under the influence if your blood alcohol concentration (BAC) is over the legal limit. According to the California Driver Handbook, it is illegal for any person to operate a vehicle with a:

The amount of alcohol needed to reach these BAC levels is different for everyone due to individual factors like sex and weight.

Penalties for a DUI in California

If you have been charged and convicted for a Van Nuys DUI offense for the first time, it is considered a misdemeanor. You could face up to $1,000 in fines, and your driver’s license could be suspended for six months, even if it is your first offense. But, first offenders can apply for a restricted license, which requires using an ignition interlock device (IID).

You could also end up in jail for six months. A qualified criminal defense attorney in Van Nuys can ensure your drunk driving charges are reduced.

However, in some cases, the court judge orders probation, which means there is no mandatory jail time. Completing a three-month DUI school or longer is also a penalty for first-time offenders. Getting a second or a third Van Nuys DUI conviction in CA is usually a misdemeanor, but the penalties are harsher.

When Is a DUI Charged as a Felony?

If you have multiple DUI cases, for instance, three or more during a 10-year period, you can face felony DUI charges. Van Nuys DUI can also be charged as a felony if the drunk driving has caused an accident in which another individual has been severely injured or killed. This rule also applies if you have previously been convicted of a felony DUI.

The penalties you could face for a felony DUI depend on the circumstances of your case. For example, if you are charged for a felony DUI in Van Nuys because someone else was injured or killed, you could spend 16 months to 4 years in CA state prison. You could also pay up to $5,000 in fines and face mandatory driver’s license suspension for five years.

If you have already been convicted of a felony DUI, you may face $1,000 in fines, spend up to 3 years in prison and have your driver’s license suspended for four years. You may have to attend DUI school for 30 months in both cases. A qualified Van Nuys criminal defense attorney can help.

The Consequences of a DUI Conviction

A DUI conviction in Los Angeles, CA, will stay on your driving record for ten years. This record can be accessed by your insurance company, law enforcement, and the Department of Motor Vehicles (DMV). Luckily this information doesn’t appear in background checks, so your potential employers can’t see it.

Even a first DUI conviction can result in jail time, a 10-month suspension of your driver’s license, fines, and additional penalties such as higher car insurance rates. Multiple or consecutive drunk driving offenses are punished even more harshly.

The procedures in a DUI case are complicated, and the cost of losing is high. It would be beneficial to engage competent Van Nuys DUI criminal defense lawyers to assist you each step of the way. Your attorney can assess your case to inform you of your rights, weigh the evidence against you, construct a strong defense, and help safeguard your reputation.

How a Skilled DUI Attorney in Van Nuys, CA, Can Help

A DUI is a complex matter and one that you can’t ignore. It’s important to keep in mind that a DUI charge doesn’t immediately mean that you are guilty. You deserve a chance to defend yourself. Contrary to common belief, it is possible to combat and win a DUI case both in court and at the DMV hearing, but you can’t do it alone.

However, only an experienced DUI defense attorney can help you and work to ensure you experience as few consequences as possible. The case will probably worsen if you end up with an inexperienced DUI lawyer. So, before contacting any lawyer, ensure they have relevant experience and adequate case success rate by checking their practice areas, profile reviews, and ratings.

Your chosen criminal defense attorney ought to have a thorough understanding of California’s DUI laws, how the laws are prosecuted in Los Angeles County Superior Court, and the most effective defense strategies to ensure that your charges are either dropped or reduced to limit the devastating impacts of a conviction as much as possible.

There is no substitute for knowledge and experience. If you are looking for a professional resolution to your DUI case in Los Angeles, you need skilled DUI lawyers standing by your side.

At the Law Office of Christopher Chaney, our team of skilled California DUI lawyers has successfully handled DUI cases varying from misdemeanor drunk driving and felony cases to vehicular manslaughter and cases of those with previous DUI convictions. No matter the type and severity of your DUI charges, our Van Nuys, CA law firm and DUI lawyers can work to deconstruct your case and uncover the necessary facts that could support your case.

Regardless of your circumstance, you are not alone in your fight against criminal charges. Our Van Nuys DUI attorneys can help you fight your DUI cases and license suspension in Los Angeles. Time is of the essence if you or someone you love is facing DUI criminal charges. Contact us today for a free consultation.

Can You Get a California DUI for Drugs?

The answer to this question is yes. Under California DUI laws, you can get charged with a DUI if you operate a motor vehicle while under the influence of alcohol or drugs.

Unfortunately, what counts as a “drug” in California is very broad. Any of the following substances can result in a DUI:

What Types of Legal Medication Can Result in a DUI?

Knowing what types of legal medication can result in a DUI is essential. For example, it is not uncommon for people to get a DUI if they take medications not prescribed by their doctor.

You can get a DUI if you are found driving under the influence of the following:

This list can also include medications that cause a lightheaded sensation or drowsiness.

There is no substitute for knowledge and experience. If you are looking for the best resolution to your DUI case in Los Angeles, you need the best DUI lawyers and criminal defense law firm standing by your side.

Regardless of your circumstance, you are not alone in your fight against your criminal records. If you or someone you love is facing criminal charges, time is of the essence. Contact us today for a free consultation, and our defense attorneys in Van Nuys, CA, will assist with finding a solution to whatever problem you may face. 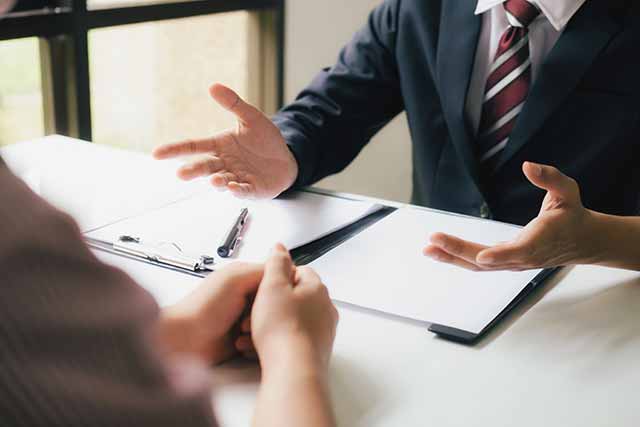