Numerous criminal justice system reform measures in California have recently been implemented. Find out how they might affect your case here.

Throughout the past few decades, the state of California set the tone for how criminals were prosecuted, instituting practices such as the Three Strikes and Truth-in-Sentencing laws, and ramping up mass incarcerations. Between the 1970s and mid-2000s, the incarceration rate in California increased by almost five-fold, and other states across the United States kept imitating these stringent policies.

Many families still feel the consequences of these sentencing laws, which prioritized severe punishment over rehabilitation, led to overcrowded state prisons, and negatively affected Black and Latin Californians even more than others.

However, the state started reconsidering its draconian sentencing approach towards offenders when the crowd in prisons reached crisis levels and incarcerated adults filed lawsuits against the state. In response, in 2009, a federal court ultimately ordered that the state prison system must not go beyond 137.5% of its capacity, and that order remains in effect until today. Between 2010 and the present day, the incarceration rate has reduced by almost a quarter to lows not experienced since the 1900s.

The pressure from the federal courts to reduce prison overcrowding did not solely contribute to the policy reforms that have swept through California. There were also shifts in the opinions of the public on using prison time as a crime rate control tool and this showed in the California voters’ approval of ballot propositions.

Now, we have a California with reforms targeted at reducing incarceration, promoting rehabilitation, and addressing the disproportionate impacts criminal justice policies have on people of color. The reforms have led to a substantial decrease in crime rates and prison population.

However, it is considered that the work is not done and that policymakers should do more to decrease incarceration, given the impact of the pandemic on incarcerated adults, prison staff, and their families. While many justice reform advocates celebrate the tactical approach, others argue that the state is getting too soft on crime.

If you or a loved one is faced with a criminal charge in California, you should seek counsel from defense lawyers like those at the Law Office of Christopher Chaney who strongly believe in rehabilitation over prison time and who will fight tirelessly to help you obtain it. 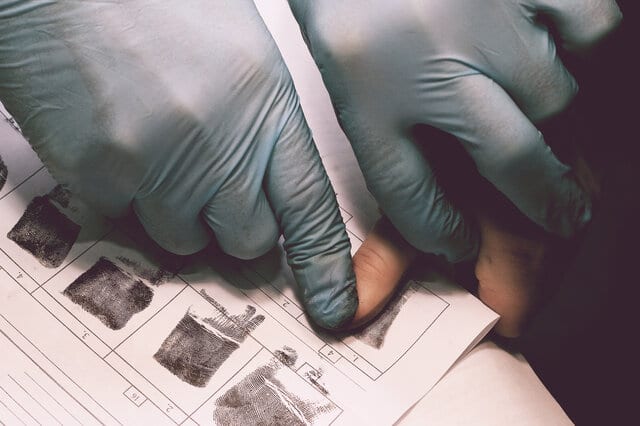 In 1993-94, the then-Governor of California, Pete Wilson, pushed for the Three Strikes Law and the state moved hard-right on criminal justice issues. But years of grassroots community engagement, voting campaigns against mass incarceration, and public demonstrations against police abuse, structural racism, and systemic injustice have changed the narrative and turned Californian politics in a progressive direction.

In 2006, California began transferring incarcerated adults to out-of-state private prisons to help reduce overcrowding. But, as the prison population declined, the state was able to reduce its reliance on other state facilities. That resulted in the termination of their out-of-state contracts with private prisons in 2019.

So it is no surprise that in 2019, Governor Gavin Newsom continued the journey of reforming California’s criminal justice system by signing 25 bills. The passed legislation will significantly reduce incarceration and improve California’s approach to prisons, parole, and policing in general, according to Senator Holly Mitchell. The bills include reforming biased sentencing practices, providing support for victims of crime, and ensuring equal treatment regardless of income or race, among others.

According to the Governor, these bills will move California toward a more “equitable criminal justice system.” It is a new generation of Californians. A state that once prided itself on the unforgiving nature of its laws is now reforming its entire justice system.

Some of the sentencing reform bills include:

The reform measures also allow for those who have served their years in prison but still suffer the consequences of their actions to have their records completely expunged. However, to be successful at this, one should seek advice from an experienced defense attorney. To find out more about how these new bills may apply to you, you can schedule a free consultation with the Law Office of Christopher Chaney to explore your options. 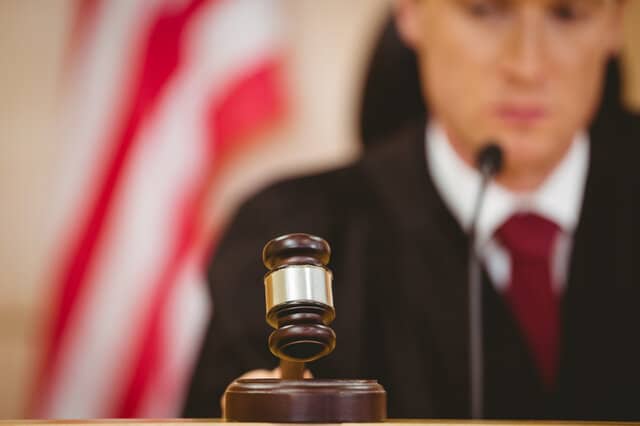 In the penultimate month of 2020, George Gascon challenged Jackie Lacey, the incumbent LA County District Attorney who was running for a third term. During his campaign, Gascon outlined several reforms he would enforce if he won. The battle to the position was hard fought with justice reform groups backing Gascon and most of law enforcement groups supporting Lacey.

Opponents of reform pushed for a ballot Proposition 20 which would take back the changes the state has made to its tough-on-crime criminal justice law over the decade. It would make it easier to send people to jail for theft and make it nearly impossible for thousands of prisoners to qualify for parole consideration.

Upon winning, Gascon announced his criminal justice reform plans on the day he was sworn into office virtually. The win of Gascon clearly shows the message of voters in Los Angeles which is that of rehabilitation and better alternatives to more jails and prisons.

His agenda for Los Angeles differs from that of his predecessor as he will be more focused on preventing crime offenses, restoring victims, and reducing recidivism to the barest minimum. These reforms were labeled Special Directives.

Some of those reforms include measures establishing that District Attorney’s office will not pursue the death penalty, nor will it charge children as adults. It also includes eradicating cash bail, such that prosecutors would seek detainment for those accused of violent felonies like murder rather than bail.

If one is accused of crimes that would have led to a death penalty in the past, he/she still needs to build an unbeatable defense strategy. Our Los Angeles attorneys are unrivaled in the courtroom and are renowned for earning clients their freedom. 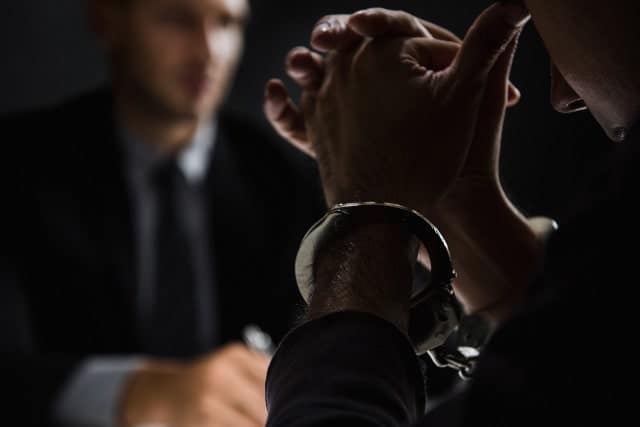 Public Policy Changes on Trying Children as Adults in California

Former Los Angeles law enforcement officer and newly elected DA George Gascon acted on his campaign pledge to stop trying children as adults. He spelled out this pledge in his juvenile justice platform during his campaign where he started with a quote from Nelson Mandela, the South African leader, stating, “There can be no keener reflection of a society’s soul than the way it treats its children.”

With this move, Gascon has overturned the “tough on crime” failed policies that had instituted longer never-ending prison sentences, even life without parole, with harsh treatment for kids.

Gascon claims this new Special Directive is a result of an evolution in his thinking. Years back, he believed anyone who commits an adult crime should face adult consequences, but he has now come into an improved understanding that the human brain doesn’t fully develop until one reaches the age 25.

At the Law Office of Christopher Chaney, it is our hope that this measure will improve the future of California’s youth and revitalize the communities that have been plagued by these tough juvenile sentencing policies. To learn more about how these recent changes may affect your or your child’s California criminal law case, please contact our office for a full case evaluation. 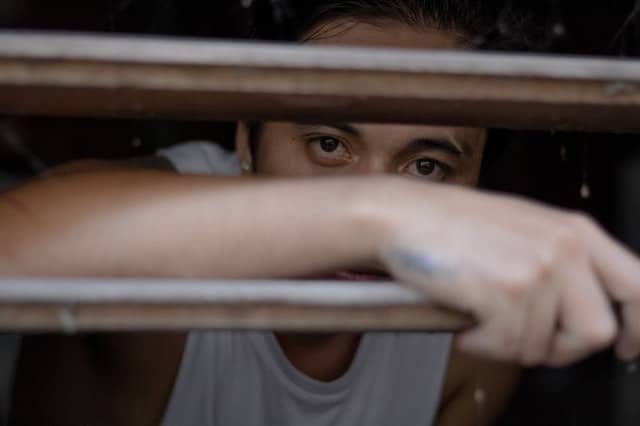 For a long time, advocates of criminal justice shifts have argued against the unfair consequences cash bail has on the poor. Gascon asserts that the net worth of an individual is not enough to gauge the danger they pose to society as the poor can pose zero threat and the rich can be dangerous.

So, as a part of his Los Angeles justice reform measures, Gascon announced that he is putting an immediate end to the cash bail system and his office will be rolling out a plan to completely remove bail from America’s second largest city in population starting from January 1, 2021. If you or someone you love has been arrested and needs assistance navigating this change in the system, please contact an attorney immediately. 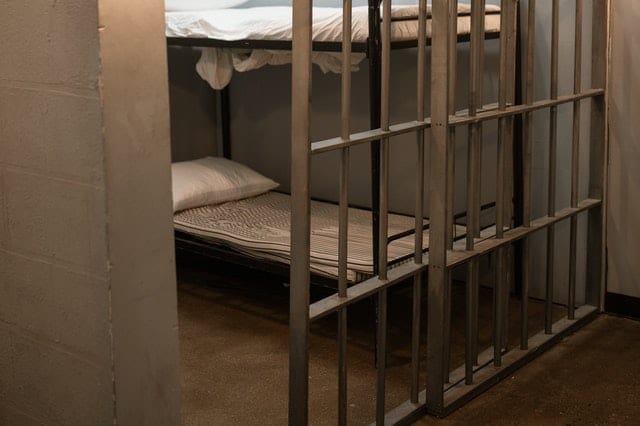 Criminal cases are very serious, but you have rights, especially with the policy changes that are sweeping through California. At the Law Office of Christopher Chaney, we have exactly what it takes to win the toughest cases in Los Angeles.

From misdemeanor offenses to felonies, we have extensive experience representing individuals charged with various criminal offenses, and we work tirelessly to ensure that they come out of the ordeal in the best position possible to begin moving forward.

If you or a loved one is currently facing a criminal charge, regardless of the type, it is important that you say nothing until you have a criminal defense attorney representing you. Call us today at (631) 397-0311 or schedule a free consultation to begin building the defense you deserve. 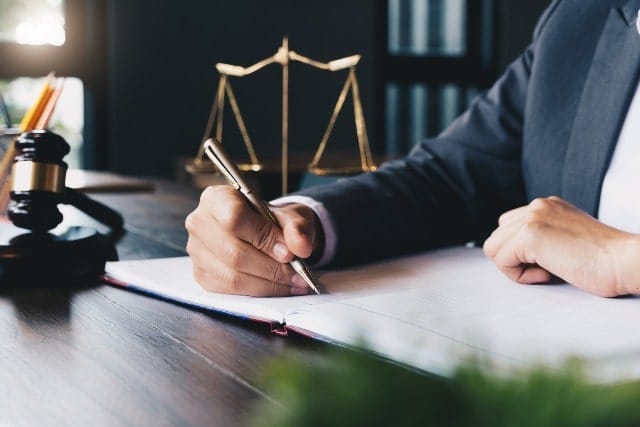